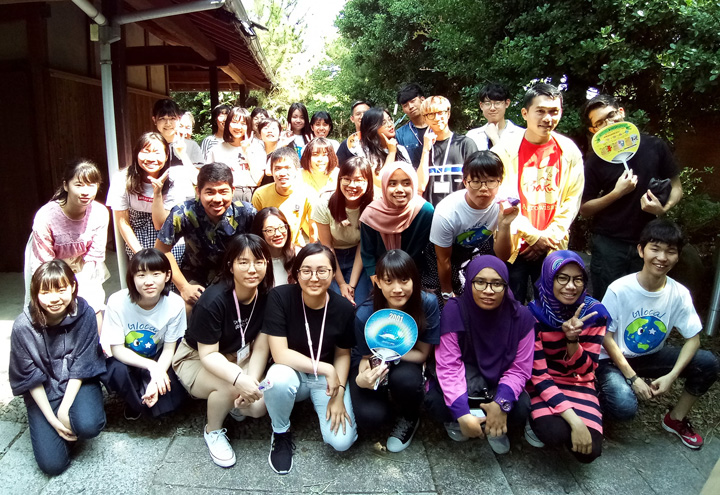 Group picture in the cozy courtyard of the old house

After they toured in the low ceiling traditional Japanese house, they enjoyed tasting temaki sushi and hot dogs prepared by Kosen students. We also served food such as fish meat, halal chicken for Muslim students. It was a good opportunity to learn Halal food. 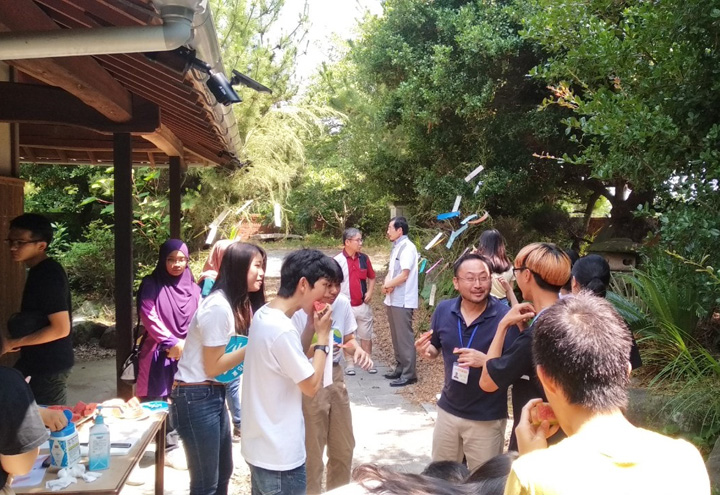 In the cozy courtyard

Nonprofit organization “One For All (OFA)” helped running the event in this year again. OFA activities are to make Ube city global and reuse old Japanese houses. OFA student’s team “Glocal Journey”and Kosen students did such a great job in this event. After the meal, we enjoyed the traditional Tanabata activities like Watermelon smashing and hanging strip of paper called Tanzaku on trees. We learned that Taiwanese people did not have these. 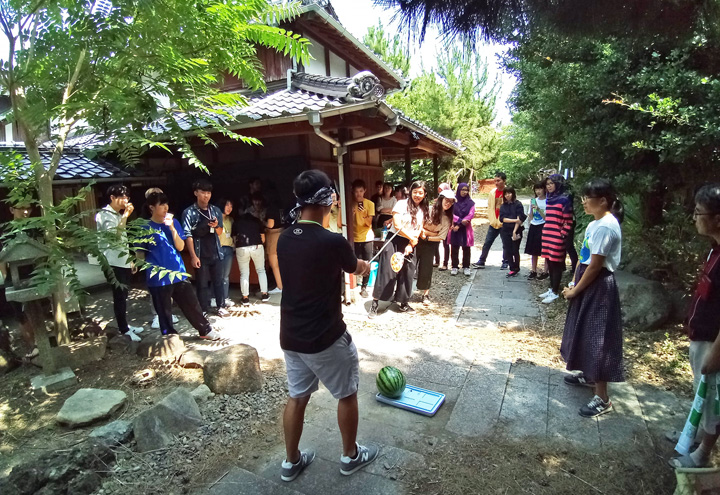 A international student trying to smash watermelon with his eyes covered 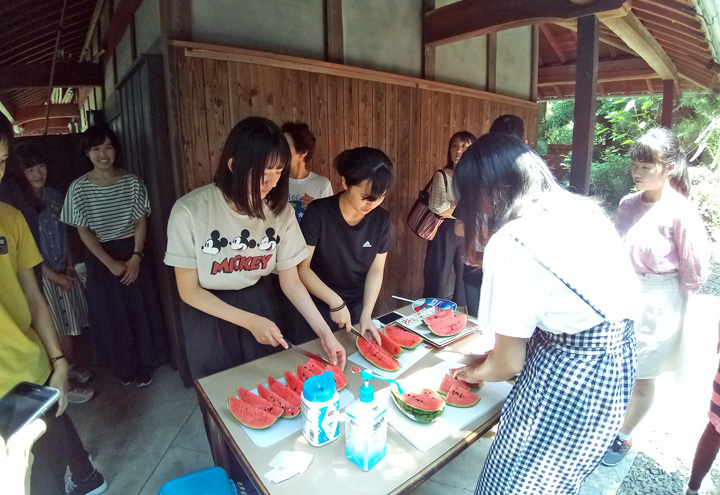 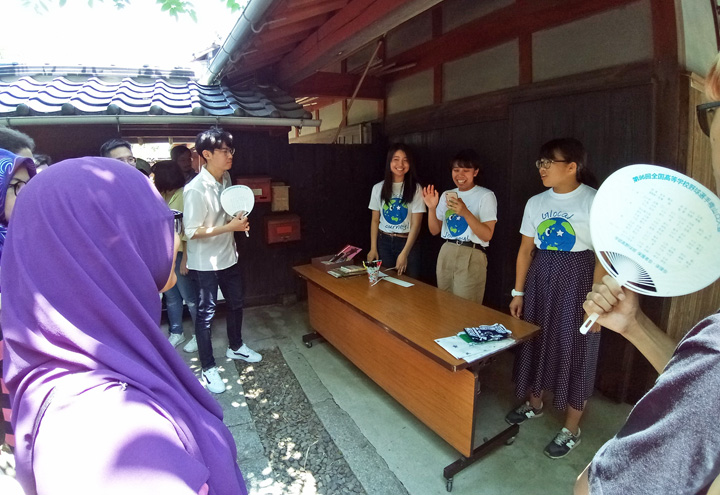